Whilst it is possible to categorise oscilloscopes in different ways, the main types of oscilloscope mentioned in the various manufacturers literature and talked about in books and online are detailed in the list below.

The earliest analogue oscilloscopes were large and contained large numbers of vacuum tubes or thermionic valves. As technology moved forwards, new transistorised test instruments were introduced and these were much smaller. However they still needed to have significant depth to accommodate the cathode ray tube.

Truly analogue oscilloscopes did not offer the facilities which many test instruments offer today. You have the ability to use markers for precise measurement, display digital voltage waveforms and trigger with great flexibility. Although the older equipment wasn’t as flexible today, it still allowed electronic circuit designers to view required waveforms.

An analogue storage scope required a specific type of cathode-ray tube. This traps electrons from the electron beam and illuminates the screen with a charge. The waveform stored in the cache can then be seen.

The brighter the image on the screen, the shorter the length of time it could be clearly seen. This type of scope was expensive and the tubes were easy to burn out. If this was up your alley, you might appreciate

Digital oscilloscopes now boast many capabilities that were not even dreamed of in the days of analogue technology, and top frequencies have now increased to the extent that they can be used for many RF design applications along with the general electronic circuit design and test applications that they have traditionally been used for.

Today’s scopes have a huge number of capabilities from the processing of the basic waveform to advanced triggering, and many scopes also have mixed signal capability as well as some scopes that provide the capability to display the spectrum of a waveform as well. Modern circuit architecture and fast processing FPGAs have given digital oscilloscopes more capabilities than any of the earlier digital scopes.

The MSO typically has at least two fully-capable scope channels. There are then several logic analysis channels. Typically, eight to sixteen.

This analyzer or oscilloscope is especially useful in fault-finding RF designs that mix low frequency circuitry or digital circuitry and RF electronic circuit design. The mixed domain oscilloscope is characterised by the separate RF input for spectrum analysis, and the normal oscilloscope inputs.

The FPGA is usually included in the higher quality USB oscilloscopes. This allows for all signal processing. This computer is then able to be used as the user interface (control and display). The oscilloscope’s cost can be significantly reduced without having to compromise on its electrical performance.

These are all the main types of oscilloscopes. Some of more widely used than others, and of course, the analogue oscilloscope types are now used far less – mainly just legacy scopes that are available. 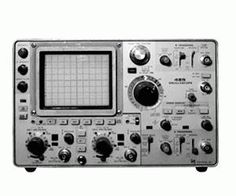 The Basic Operation of An Oscilloscope

Four sections are typical for oscilloscopes. The display is typically the largest part of the device, and can be either an LCD or CRT screen. The screen displays the signal voltage, with vertical and horizontal reference lines. These lines, taken together, are called the graticule. There are three controls for the screen, which are focus, intensity, and beam finder knobs. Besides the screen, there is also a vertical section and a horizontal section, whose operations will be further explained below.

A technician needs to input the signal desired into the oscilloscope in order to use it. To do this, the technician must feed the signal into one of the input connectors. These are most commonly coaxial connectors. Most oscilloscopes have multiple input connectors, allowing users to plot several signals against eachother over time. Users must attach a scope probe at the source for signals without a coaxial connector. Oscilloscopes come standard with scope probes. One megaohm is the input resistance for general-use oscilloscopes. This is parallel to a capacitor of approximately 20 picofarads.

The trace is one of the most basic operations of an oscilloscope. The oscilloscope draws a trace, which is a horizontal line, across the screen. Timebase controls how fast the trace is drawn (also known as a sweep). When the voltage becomes negative or positive, the viewer displays a correspondingly positive or negative jump in the trace on screen.

These controls allow the user to determine manually the sensitivity, both vertically and horizontally. This allows oscilloscopes to accommodate a wide range of input amplitudes.

This allows users to adjust the sharpness of the trace. New flatpanel models do this automatically.

This control determines how quickly the oscilloscope draws the trace. This control allows users to manually select the sweep speed, which is in units of seconds per unit on the graticule.

The intensity control determines how intensely the trace is drawn. For CRT models, a high intensity is desirable for fast traces, and for low speed lower intensity. Speed is unimportant for LCD models.

There are four kinds of sweeps available: single, delayed, trigger, recurrent and single. Triggered sweeps are used for periodic signals such as sine waves and reset the screen when the trace crosses the right edge of the screen. Single and recurrent sweeps are common in older models and less effective for qualitatively monitoring signals. Delayed sweeps allow users to get a very detailed look at voltage.

Digital storage oscilloscopes are used to store and digitize input signals. This is done with the usage of a cathode ray tube or CRT and with the help of digital memory. Digitalization is usually done using sample signals that are at different periodic waveforms.

According to this theory, the signal sampling speed must be twice that of the input frequency. The sampling rate refers to the fact that the analog to digital conversion rate is fast and high.

When this method is followed, a huge reduction in the cost of the converter is noticed. The converter can process up to 100 gigabytes per second. A DSO does not accept the data input during digitization which is a disadvantage of a digital storage oscilloscope.

To visualize the final wave, oscilloscopes are known for using the inter-polarization technique. The variable data point technique allows for the creation of data points. The points are connected together with the help of two processes which are linear interpolation and sinusoidal interpolation.

During interpolation, the lines are being used to connect the dot together. It is used for creating a square waveform or a pulse. Sinusoidal interpolation can be used to create a sine waveform in DSO. Today, oscilloscopes can be found in many fields, including engineering, science, medicine and automotive. General-purpose oscilloscopes are used for maintenance of electronic equipment and laboratory work. For instance, within radio frequency (RF) design, general electronics circuit design, electronics manufacturing, service, repair or an area where electronic circuits and the waveforms on them have to be observed. An oscilloscope can be used to troubleshoot modern electronic circuitry. It is reliable and common.

Shared below are key areas where oscilloscopes are used: If this was to your liking, you might also be interested in

where to buy mcdonald’s sausage patties

How are Oscilloscopes used?

You’ll be able to use the language once you have it down. Basic testing requires only an oscilloscope that has 50-200 MHz bandwidth and a passive probe.

These basics will allow you to spot-check printed circuit boards (PCBs), to identify faulty components, noises from power lines and shorts, as well as I/Os (inputs or outputs) that may not be working. You can also dive into trigger modes to look for glitches, runts, timing issues, etc., and to capture data and signals to verify the quality of your design. Some basic oscilloscopes even provide Bode or frequency and phase response analysis. And this is just the start. 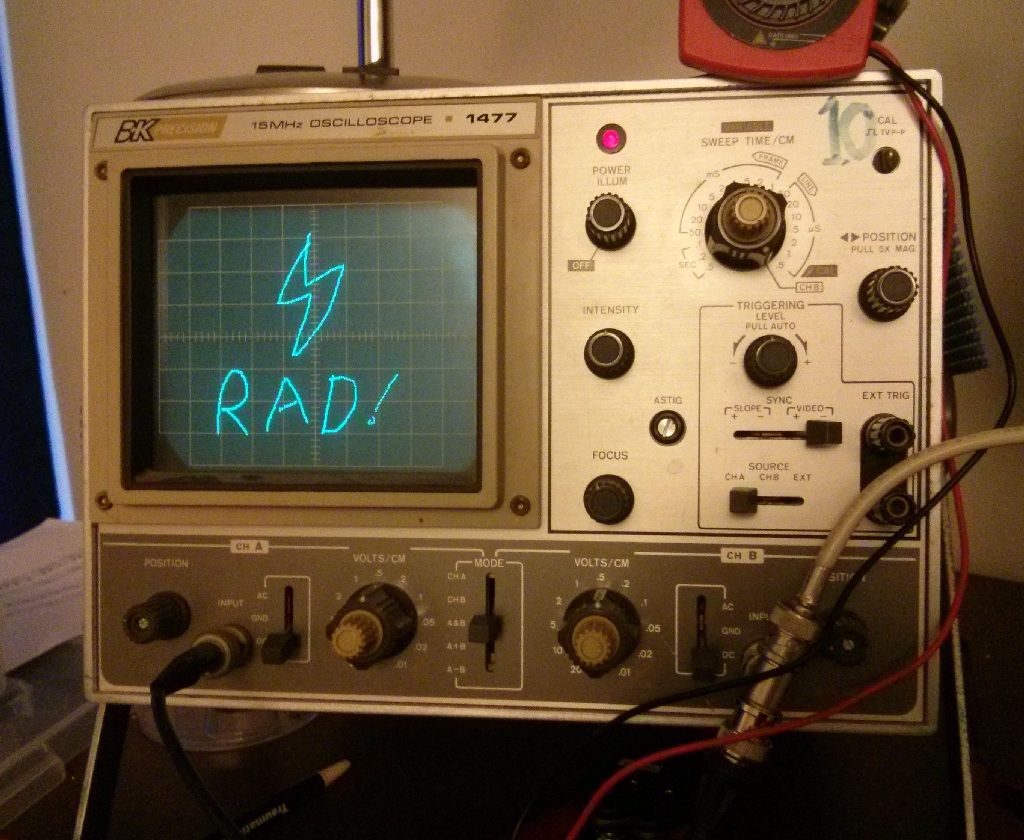 Uses Of Oscilloscopes In Medicine

In order to monitor the signals of our body, doctors use oscilloscopes in three different forms, which are listed below:

The electrocardiogram (ECG) – To monitor your heart.

The Graph is an ECG